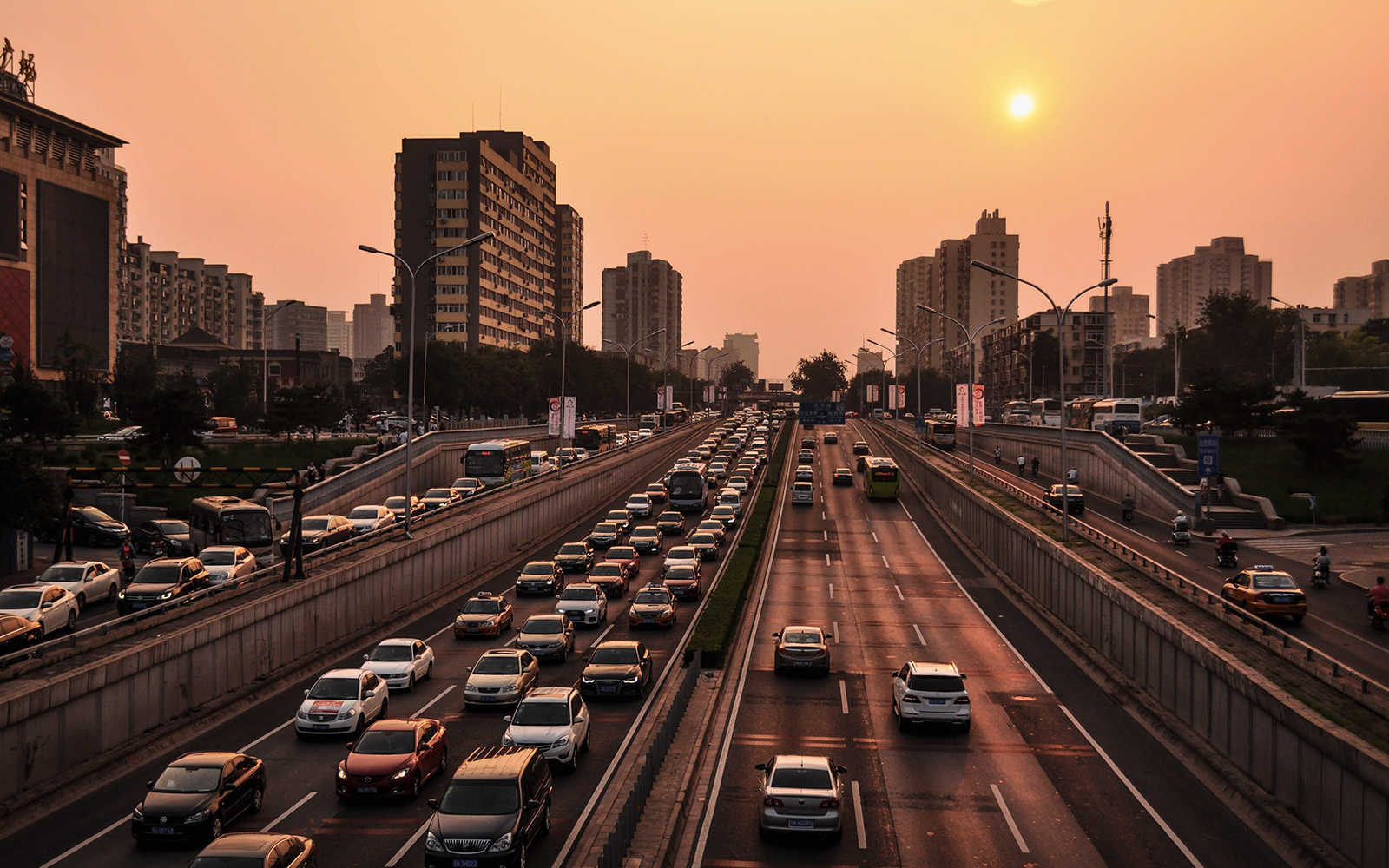 Nitrogen dioxide is a common pollutant emitted into the atmosphere from many different sources, including combustion engines. According to the World Health Organization (WHO), NO2 has adverse health effects: long-term exposure can impair lung function and increase the risk of respiratory disorders.

What is nitrogen dioxide (NO2)?

What are the sources?

What are the dangers of nitrogen dioxide?

How to reduce and measure nitrogen dioxide emissions?

What is nitrogen dioxide (NO2)?

Nitrogen dioxide (NO2) is a chemical compound that belongs to a group of highly reactive gases called nitrogen oxides (NOx), like nitric oxide (NO). They are the major pollutants of the earth’s atmosphere.

Nitrogen dixoyde is easily recognized. It can be recognized by its reddish-brown color and its characteristic pungent, pungent odor. This smell can be found in streets polluted by traffic.

What are the sources?

But beware, even if NO2 is mainly an outdoor air pollutant, it can pose a threat to indoor air quality as well. Smoking, gas stoves or chimney fires, or oil stoves for example, can generate significant levels of NO2 in enclosed spaces, and must be adequately ventilated to prevent the gases from building up.

What are the dangers of nitrogen dioxide (NO2)?

Impact of NO2 on health

Exposure to nitrogen dioxide (NO2) is associated with a number of adverse effects on the respiratory system. NOx reacts with ammonia, moisture and other compounds to form small particles. Because of their very small size, these particles can penetrate deep into the respiratory tract.

Short-term exposure to nitrogen dioxide (NO2) has been shown to have a linear association with an increased risk of death, both cardiovascular and respiratory, according to a recent study published in BMJ..

Prolonged exposure to high levels of NO2 may contribute to the development of asthma, increase the risk of respiratory infections and chronic lung disease (coughing, wheezing, difficulty breathing, reduced sense of smell…).

People with asthma, as well as children and the elderly, are generally at greater risk of health effects from NO2.

Impact of NO2 on the environment 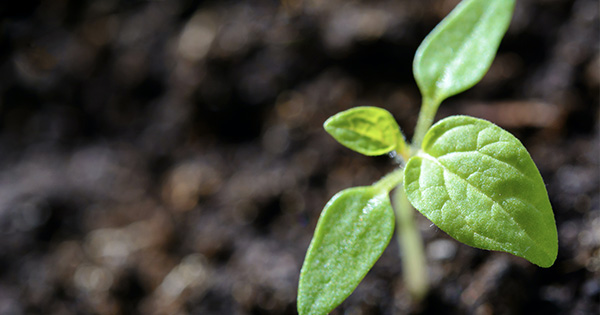 This pollutant presents not only health risks dfor the population, but also for our environment.

Indeed, once in the atmosphere, nitrogen dioxide is transformed into nitric acid which falls on the ground as well as on the vegetation and thus contributes to the acidification of soils, lakes and the formation of acid rain.

This phenomenon causes several consequences on the environment:

👉🏻  The depletion of soils and vegetation,

👉🏻The corrosion of construction metals and thus the deterioration of buildings.

In addition to these consequences on nature, NO2, associated with volatile organic compounds (VOCs) and under the effect of solar radiation, promotes the formation of ozone in the lower layers of the atmosphere (troposphere) and thus indirectly participates in the greenhouse effect..

This gas is also responsible for the formation of nitrate aerosols (particulate matter) which cause haze and reduce visibility. This is called smog formation, i.e. a pollution cloud.

Recommendations and solution to reduce nitrogen dioxide (NO2)

As a major air pollutant, le NO2 fis regulated , and recommended by the World Health Organization (WHO). Despite this, NO2 concentrations regularly exceed these limits in many urban areas of the world.

Theannual average NO2 concentration should not exceed 10 µg/m3. Exceeding this WHO limit will pose a danger to human health.

The highest concentrations of nitrogen dioxide are found in road traffic. Thus, people living near major roads are most affected by pollution. In order to reduce personal NO2 emissions, here are some solutions:

👉🏻  Carpool or use public transportation

👉🏻  Advocate for biking or walking when air quality is good

👉🏻  Save energy at home and at work

In order mto measure and monitor exposure to nitrogen dioxide (NO2) the Meersens solution around environmental data, based on modeling and deployment of sensors (indoor or outdoor) will make the invisible visible in 1 click!

Learn more about our solution 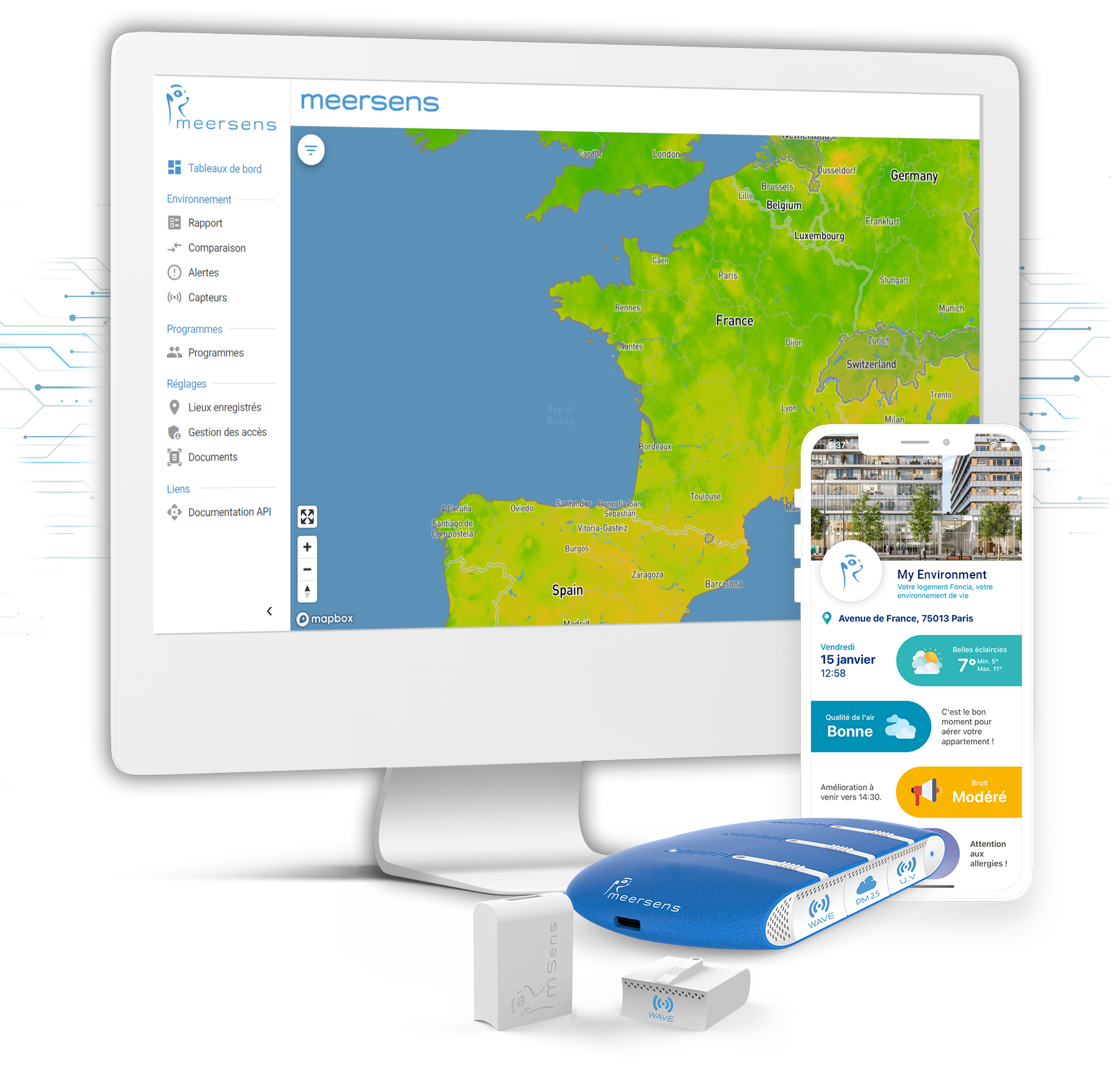 Meersens is a positive impact company in the field of environmental health, mobilized to create a sustainable future, mitigating environmental risks and contributing positively to the health and well-being of stakeholders – by providing customized environmental monitoring and prevention.

Meersens provides 360°, real-time, historical and predictive multi-pollutant monitoring and insight for any location with high accuracy, enabling you to mitigate risk and make better decisions.

Whether you are a company wishing to act for its employees, a city for its citizens, Meersens can help you! 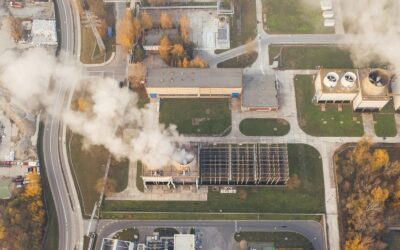 Carbon dioxide can be hazardous to our health if it reaches significant amounts in the air we breathe. Read more about it. 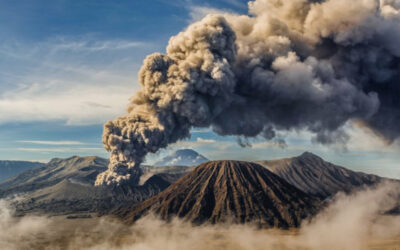 Sulfur dioxide (SO2): sources and health impactsSulfur dioxide or SO2 is an air pollutant, considered a key indicator of pollution that is essential to monitor according to WHO recommendations to improve the quality of life and health of populations.Reading time: 4... 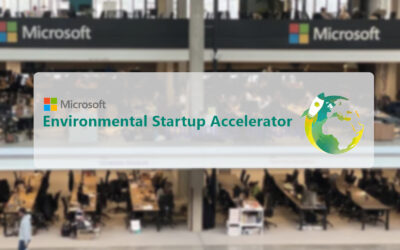 Environmental Startup Accelerator, the program dedicated to startups committed to reducing their carbon footprint and preserving the planet! 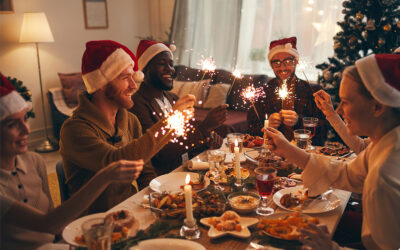 Meersens helps you prepare for Christmas and new year party with our 5 health and well-being tips!